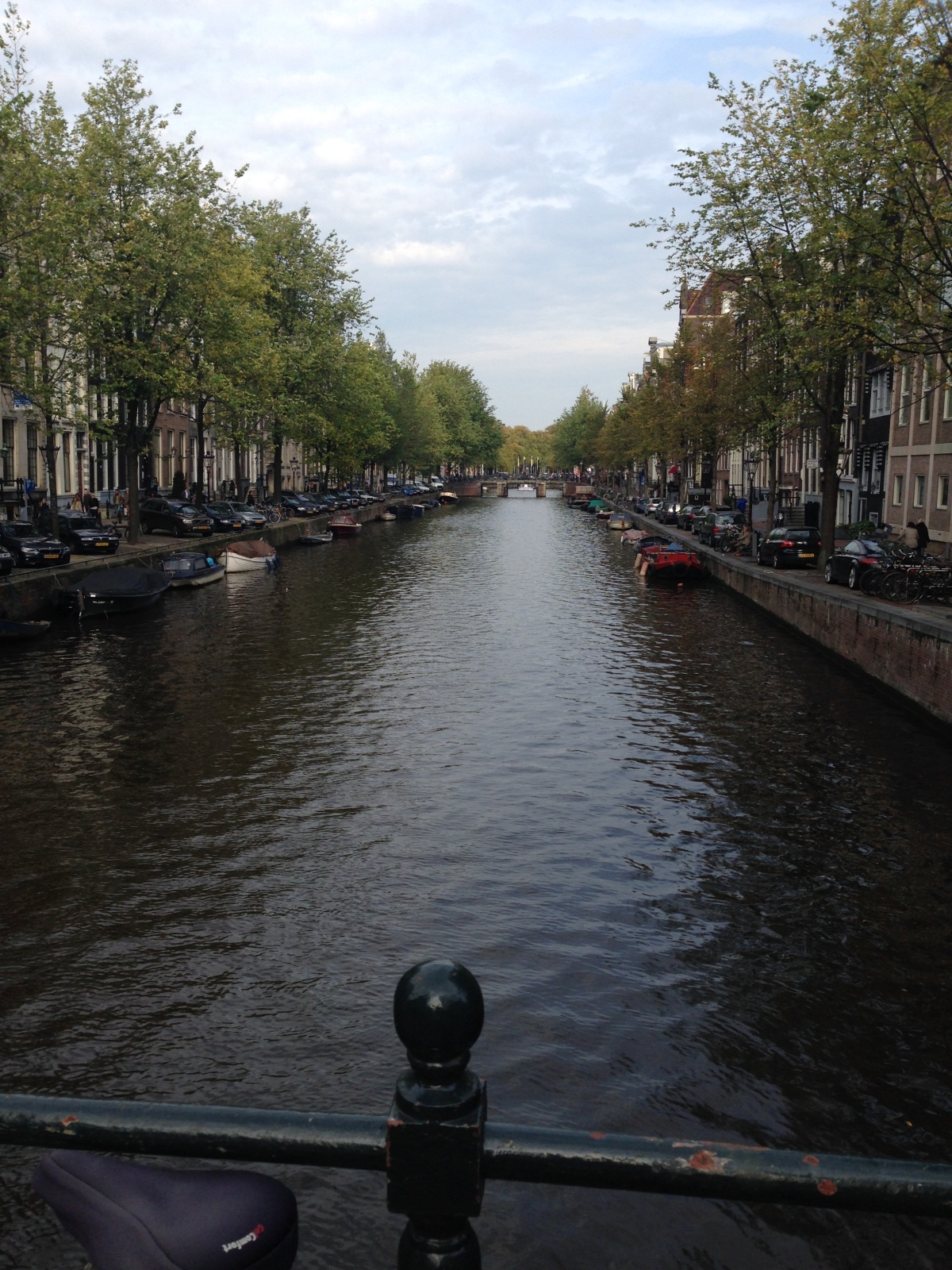 When I started running 6-7 years ago, it was just for fun and good health. I had no intention of running long distances or racing , but something happened – I loved running. Runners at my job have been traveling yearly, to run races around Europe. I decided to join them and signed  up to for a race in Amsterdam.

6 months later I traveled with my colleagues and running shoes, to run the TCM Amsterdam Marathon. I ran only half marathon (21.1 km) and this was my second time running this distance. 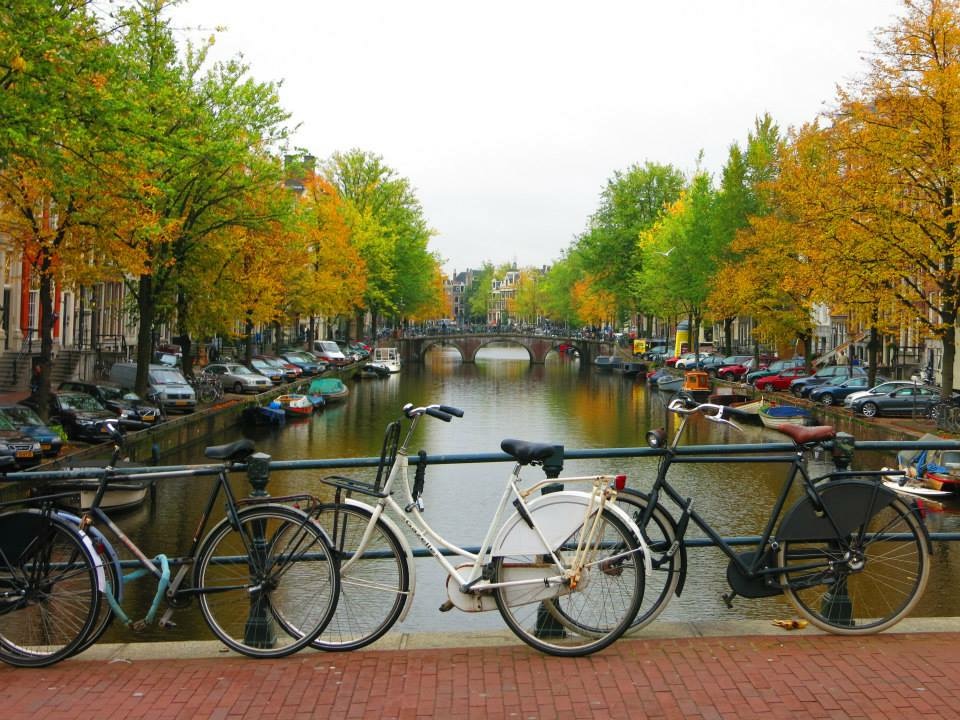 We started a Friday morning with an early flight from my hometown, via Oslo and then to Schiphol airport in Amsterdam. We arrived at the airport before noon and after checking into the hotel, the NH City centre hotel, we went to the Expo to pick up our racing numbers at sports venue Sporthallen Zuid, right next to the Olympic Stadium. I didn’t spend much time at the Expo – I was much more interested in exploring the city. 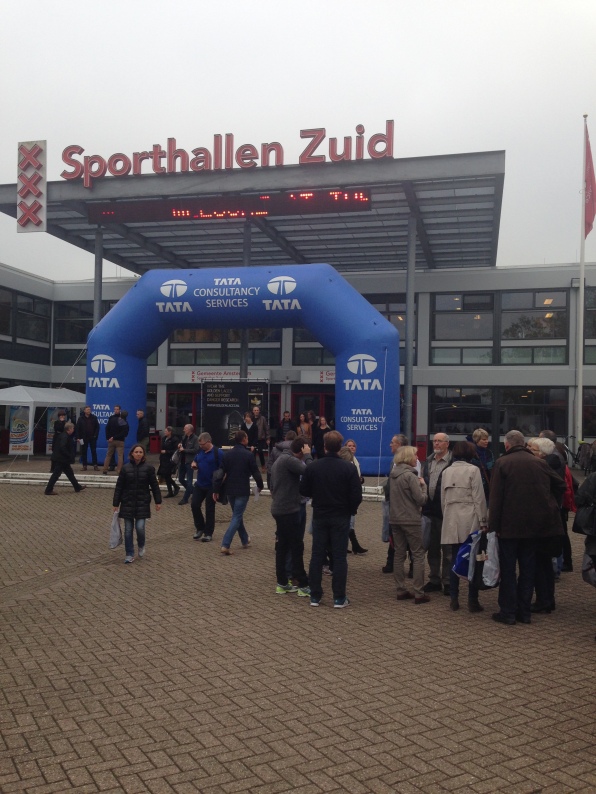 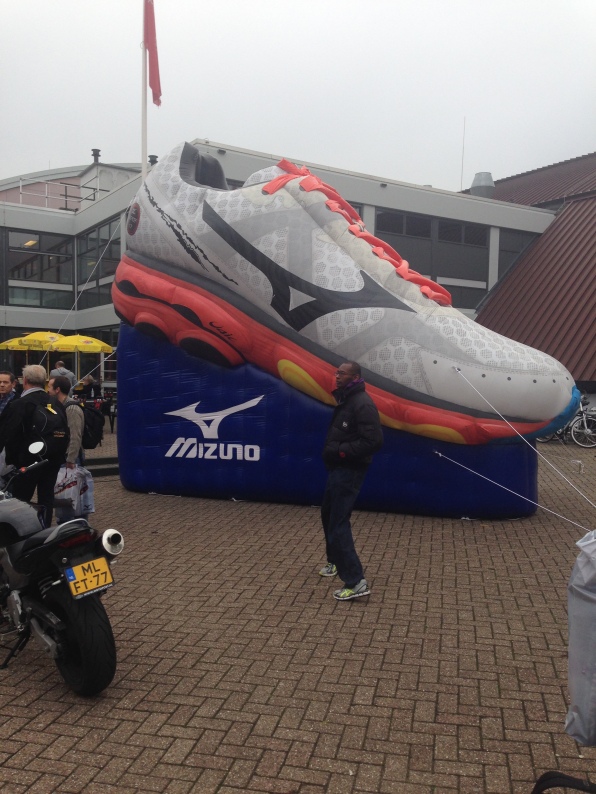 Amsterdam is 2 meters below sea level and is only being kept from drowning by a massive system of dams. The city has more than 100 kilometres (60 miles) of canals, and more than 1200 bridges. The three main canals are the Prinsengracht, Herengracht, and Keizersgracht.  In the Middle Ages, Amsterdam was surrounded by a moat, called the Single, which now forms the innermost ring in the city, and makes the city centre a horseshoe shape. Today Amsterdam has  a population of more than 800 000. 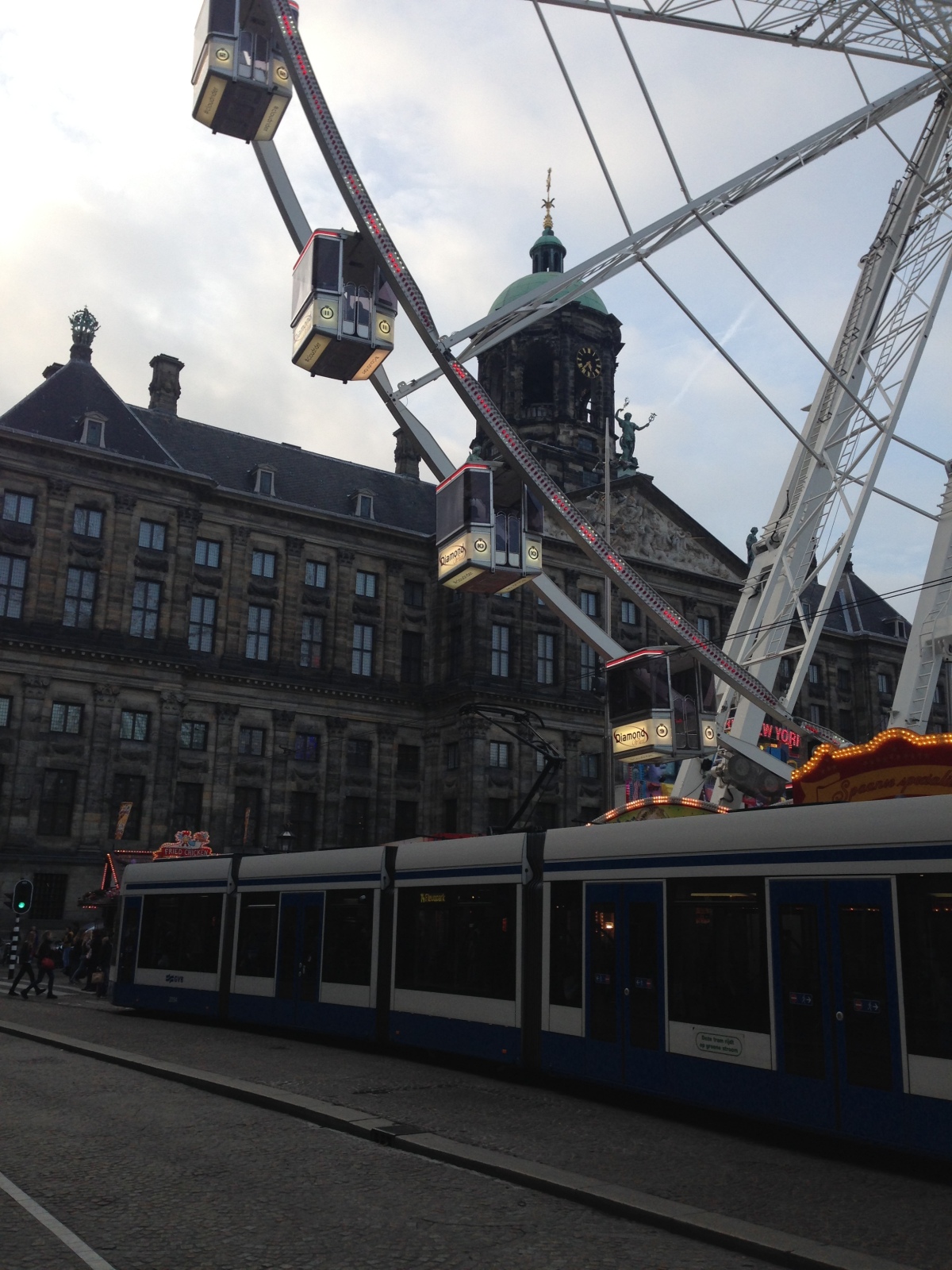 Next day we spent the day around the city with shopping, sightseeing and pancakes. We couldn’t overdo it with sightseeing, because that would have resulted in heavy legs on the race day. 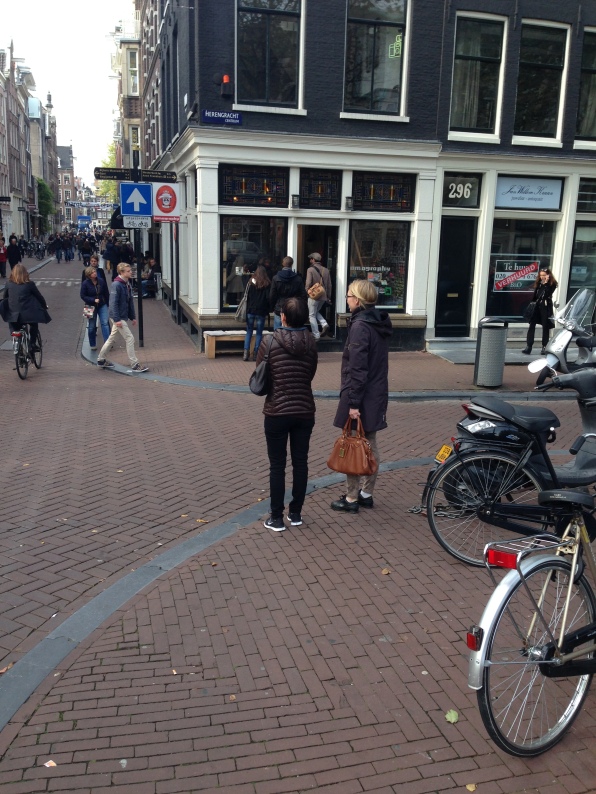 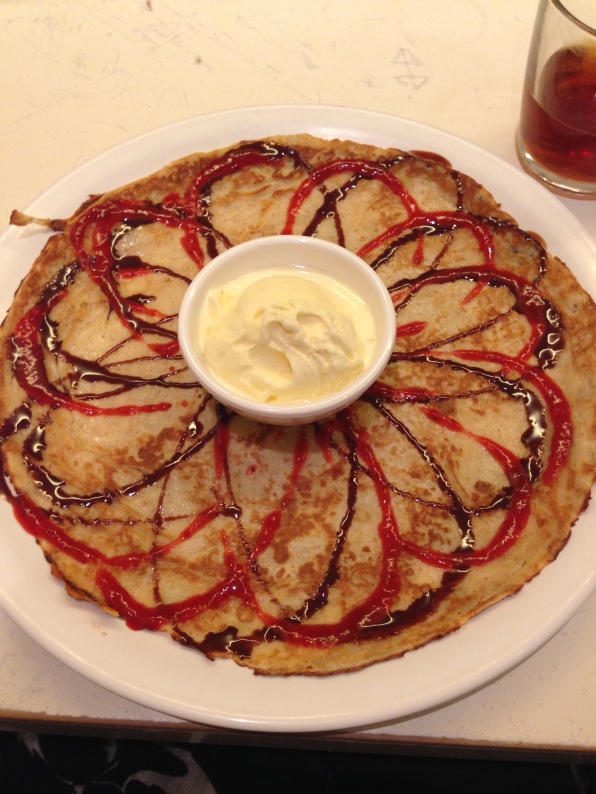 Sunday was race day. You can choose between three different distances in Amsterdam; 42.2 km, 21.1 km and 8 km. The longest and shortest started early in the morning, but 21.1 km which I had signed up to, started 13:30. I always get nervous before a race and I prefer races that start early. We waited as long as we could at the hotel, before we headed out to the start area. This was my first race abroad and first big race, and I didn’t know what to expect. It was crowded with people, and on our way to the start area we saw marathon runners before they entered the Olympic Stadium and crossed the finish line. Some of them looked exhausted and in pain – I told my self to never run a full marathon (yeah right!). My goal was to run in less than 2 hours, and I decided to follow the 1:55 balloon. The course is quite flat and easy, it passed some bridges and had some 90 degrees turns, so it’s fast, but not the fastest. The course is outside the inner city, but we passed some highlights like the world-famous Rijksmuseum and the Vondelpark which is the largest park in Amsterdam. After 8 km I got worried that I was running to fast, and I let the 1:55 balloon go. I don’t know if this was smart or not, but my goal was to not exceed 2 hours. It also got a lot warmer when it got sunny and I had overdressed since I am always so afraid that I will freeze. At some part of the course, the course gets narrow and it gets more crowded and difficult to keep up the pace. The last 4 kilometers were hard and I was so happy that I was not running a full marathon. The finish line was inside the Olympic Stadium and it was crowded. We had to run 200 meters inside the stadium and it felt so good to finally see the finish line. I finished in 1:58 and blisters on my feet were the only injuries.

In the evening we had dinner and Champagne at  Sea Palace Restaurant, the first floating restaurant in Europe. It’s a traditional style Chinese restaurant and the food was excellent. 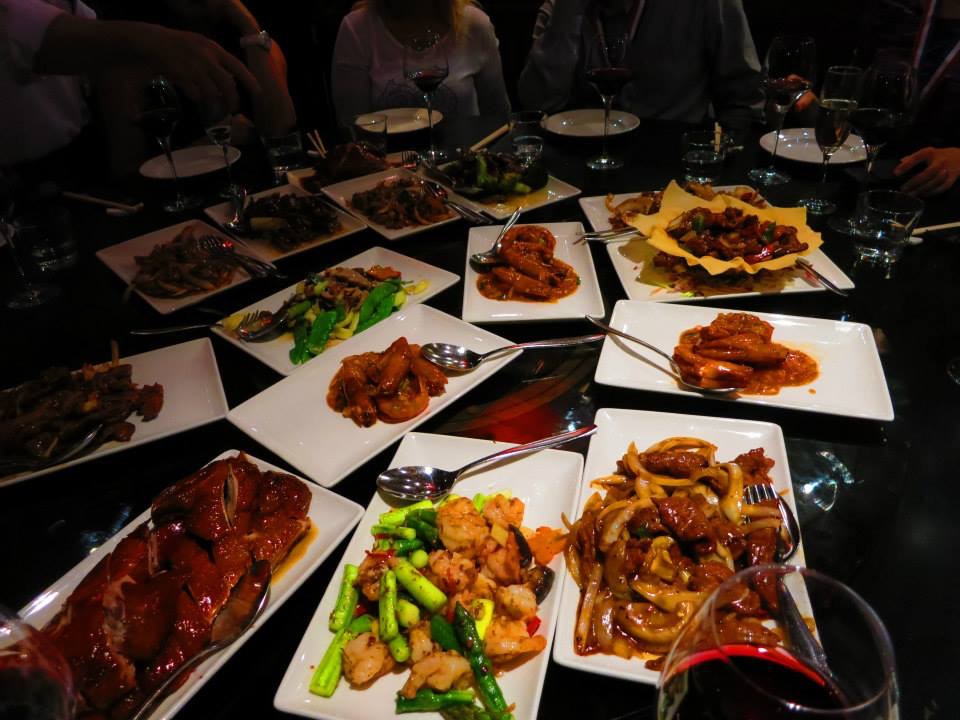 We walked through Red Light District on our way back to the hotel. 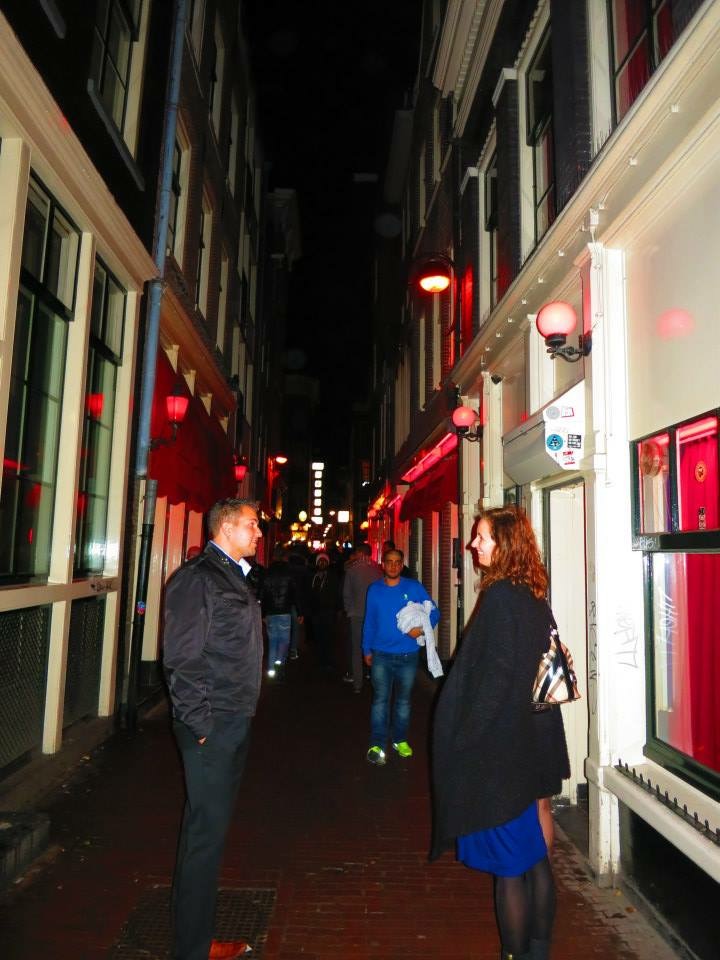 Next day we had time for some more sightseeing before we had to head back home. We mostly did some strolling around the city and we saw Anne Frank’s house where she and her family hid for the Nazis during World War II. 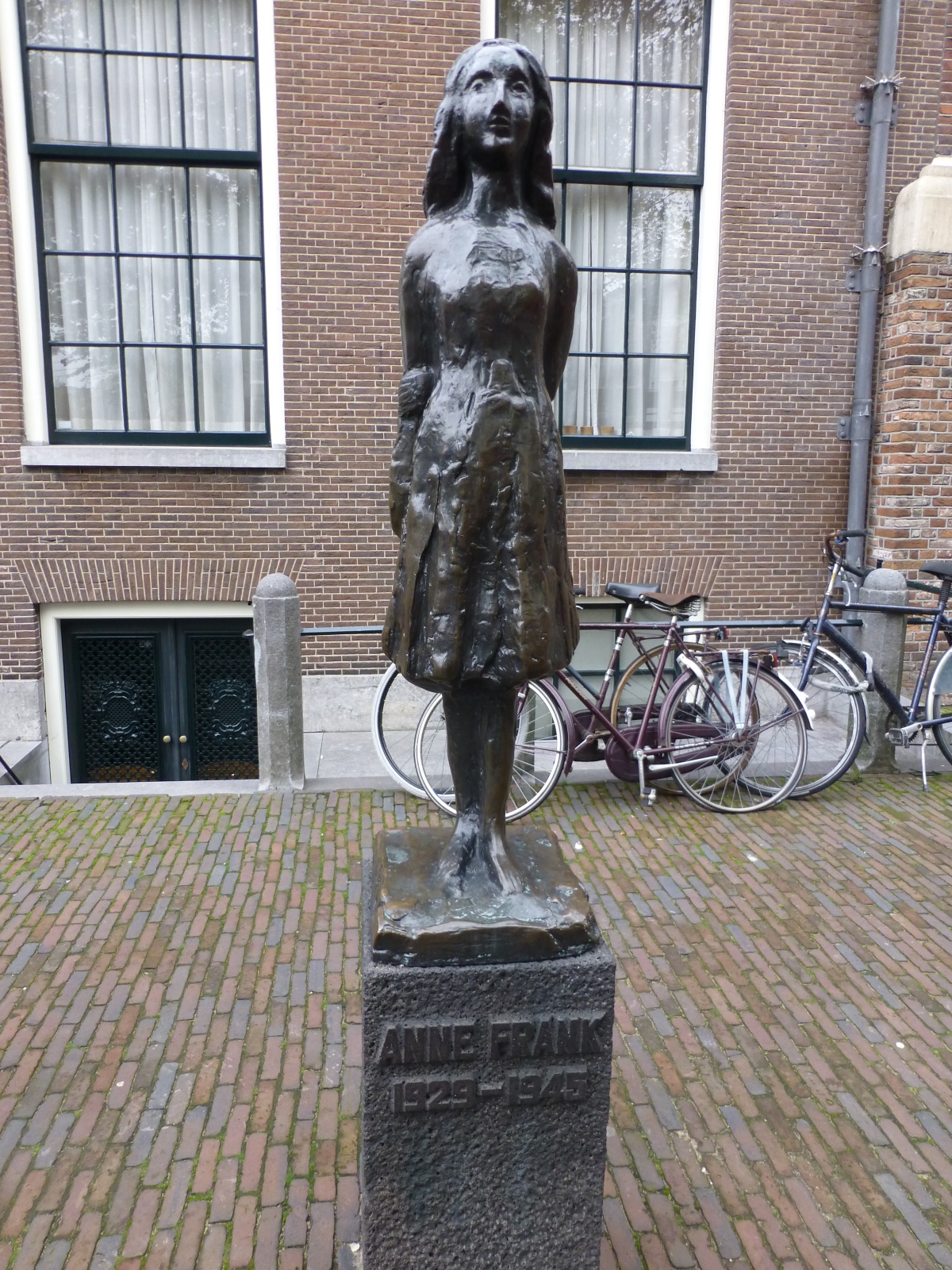 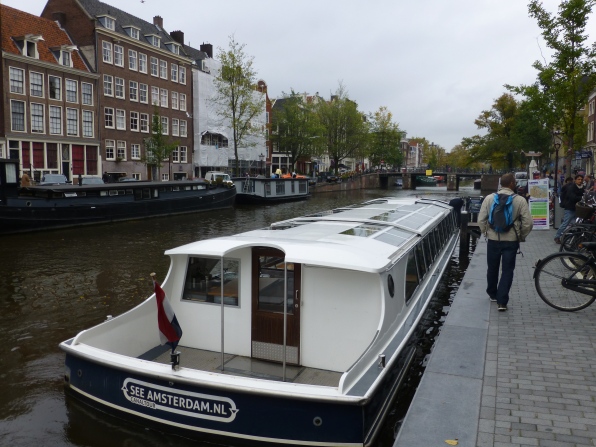 Amsterdam is a beautiful city and I would like to see more of it, so next time maybe I should not be running a race…. I will definitely visit the Rijksmuseum to see work of art by Rembrandt.